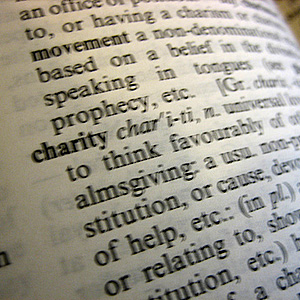 Still working on that Christmas gift list? You could brave last-minute lines at the mall, hit the 7/Eleven or consider giving to charities via gift cards.

Gift cards are the latest innovation in philanthropic giving and a perfect stocking stuffer for charity-minded friends. First of all, you won't stick loved ones with more stuff they don't need. Secondly, they'll get that warm feeling that comes with helping someone else out during harm times. Not a bad compromise.

These charitable gift cards are issued by several nonprofit organizations, including GlobalGiving and TisBest, which vet the charities to ensure they're legitimate. Together, the organizations estimate they've raised millions of dollars for causes including teaching entrepreneurship, assisting women in India and promoting humane farming. The gift cards can be used for the charity of the recipient's choice.

Although the gift cards been available through GlobalGiving and TisBest for four years, sales have risen 23 percent since Christmas 2009. Global Giving alone has sold 26,000 this year, with another 1,000 projected before the end of the year.

"We just saw that it didn't make any sense that you would walk into Safeway or go shopping on Barnesandnoble.com and you could give a gift card," Donna Callejon, chief business officer for GlobalGiving, told the Washington Post. "Why didn't that concept translate into the charitable sector?"

Causes.com also is promoting its new tool for giving, a gift card that allows recipients to direct their donation to a selection of nearly one-million charities. The list includes Unicef, the Red Cross and the Sierra Club. The card is available in $25 and $50 denominations at Safeway stores throughout the country and Vons in select states.

"Our goal is to make giving as easy as possible for everyone," said Joe Green, co-founder and president of Causes. "The charity gift card is a great way for consumers to give a gift that gives back, not only in time for the upcoming holiday season, but for all gift-giving and charitable occasions year-round."Â

As with all of today's trends, Facebook is involved. CharityChoice lets users send gift cards for amounts as low as $2 via the social network, a good option for children learning the importance of giving.

Gift cards also make good presents for local charities. A homeless shelter or food bank may appreciate grocery gift cards or clothing gift cards. Call the organization before you donate in a friend's name, however, to ask what the need and which merchant best suits their needs.

According to the National Retail Federation, philanthropic gift cards for charities make up a minute portion of the projected $25 billion holiday gift card sales for 2010. Consumers are expected to shell out an average of $145.61 on gift cards, a 4-percent increase from 2009.