For Merchant Gift Cards, the Future is Mobile 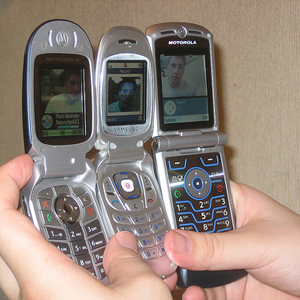 When the classic film "The Graduate" debuted in 1967, a white-collar man at Dustin Hoffman's party famously told him, "There's a great future in plastics." Now, 43 years later, the future of merchant gift cards is in bits and bytes.

A virtual gift card company, Giftango, recently formed a stellar partnership with 35 major brands across the nation. Amazon, Cabela's, Lowe's, Papa Johns and Nike are a sampling of the heavy-hitters hopping aboard the mobile gift card wagon. Along with these company's formidable reputations and trend-setting influence, Lowe's gift cards in particular regularly grace top-ten lists of the most popular cards.

Large company's are particularly excited about the many doors mobile gift cards could open. For years, the wireless industry has buzzed with talk of a "mobile wallet" concept, where credit cards, bank accounts and, yes, even gift cards are aggregated on a person's smartphone. Similar to the mobile boarding passes used by United Airlines and Delta, gift cards would be displayed as either a unique number or scannable code. Both could be taken by a clerk at the register. The technology also allows for personalized photo gift cards, where a recipient can snap a picture of just about anything to create their own card.

As a fringe benefit, mobile gift cards solve a common problem for gift-card fanatics: With so much plastic, they're easy to lose, overlook or simply forget. Gathering them in a sort of digital collection ensures your cards stay safe and secure.

Giftango's system is exciting because it picks up where e-mail gift card redemption left off, a popular trend embraced by many Web-based companies several years ago. The newest wave of virtual gift cards can be distributed through a variety of web-based solutions, running the digital gamut from social media to mobile applications.

Aside from marketing and branding purposes, merchants have struggled to incorporate social media with the purchasing cycle. GroupCard, another in a growing collection of start-ups looking to hop on the digital gift card bandwagon, has developed a Facebook application for "social gift cards." It let's multiple people pitch in to purchase a single gift card, using Facebook to invite and inform friends of an upcoming buy. The lucky card bearer will receive text messages for confirmed transaction and the remaining account balance.

On the opposite end of the retail spectrum from major brands, the system is especially intriguing to small and independent businesses without the capital or demand to produce plastic cards. The app has already been embraced by Think Geek, a niche Web retailer, and AJ Bombers, a social media-savvy burger joint in Milwaukee, Wis.

This shift from physical to digital should come as no surprise to consumers. After all, online coupons, secure payment methods, and even group-buying sites have contributed to a burgeoning online retail industry forecasted to rack up $250 billion in 2014, according to Forrester Research. Such extraordinary growth has been spurred by tech-savvy shoppers, and it was only a matter of time before large companies harnessed the power of e-gift cards to reach their broad, plugged-in audience.

What's more, internal research from Giftango shows nearly 70 percent of people would choose virtual or online gift cards over a physical version if given the choice. Merchant gift cards are ditching plastic at the behest of consumers who spend more time online, are more satisfied with Web purchases, and value the eco-friendly benefits of just about everything digital.

This overall convenience factor has fueled the non-plastic revolution. Many merchants were convinced to embrace gift-card evolution because it allows for easy, user-friendly, cross-platform use. As it stands now, consumers who receive e-cards still prefer to redeem them online, but the mobile trend is aimed at bringing people back to brick-and-mortar stores in addition to virtual. The cards are reliable and accepted in any form, from Web to mobile to printable gift cards.

All this hoopla comes at a perfect time. According to the payment solutions firm First Data, gift cards sales were up 2 percent during the holiday season last year, raking in over $40 billion, and are predicted to grow even more this November. Brands across the board aggressively promoted plastic cards and were rewarded for their efforts. There's no telling how the virtual gift card trend will affect marketing this year, but it gives merchants a new and exciting avenue to reach eager -- and influential -- buyers.

Top 6 Gift Cards for 2-Year-Olds (and Their Parents)

15 of Our Favorite Unique Gift Card Ideas for Any Couple